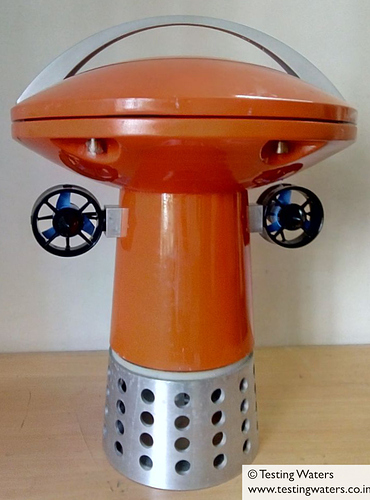 Water bodies are life lines of cities. However, water quality has become a global issue. Bangalore has become one of its victims. Bangalore was once called the “city of lakes”. According to the ENVIS Center, “Records show that till 1960 there were 262 water bodies in Bangalore. Today the figures have declined to about 81 of which 34 are recognized as live lakes”. Due to Bangalore’s emergence as “Silicon Valley of India”, people migrated to Bangalore in search of jobs. Due to this large influx of population and extremely poor civic planning, untreated sewage is dumped in lakes. In areas where Sewage Treatment Plants (STP) have been built, they have limited capacity. In addition to this, industries dump effluents into the water bodies. Due to lack of real-time monitoring of lakes, the dumping of sewage and industrial effluents persists unabatedly. FLoBoT’s Co-creators, Pranav Shikarpur and Siddharth Viswanath, with the help of various other experts, lake conservationists, and mentors, built a portable mobile and floating device (called “FLoBoT”) that can monitor the pollution levels of lakes in real-time. Our device used off the shelf electronics combined with good quality sensors. The entire device can float on a lake and transmit data using ubiquitous cell phone networks (via SMS) and upload information to an IoT platform via GPRS. The data is tagged with GPS coordinates and are also time stamped, which enables us represent the pollution level on heatmaps. We tested this device on 8 different lakes; some that were extremely polluted and some that were relatively clean.

We then took this device to science fairs like the IRIS National Fair and Intel International Science and Engineering Fair (ISEF) and won a grand award at ISEF 2018.

Parts of the above text were taken from this source written by the author a few years ago.