It doesn’t matter where you live be it city, town or village we all must have experienced the difficulty in passing through an area where something is being burnt. While these burning spots are occasional in most parts of our country occurs during some festivals like Bogi, deepavali, etc., in recent times due to the efforts taken to create awareness on climate change and air quality the incidents seem to take a downward curve.

However, stubble burning has been one of the major challenges that seems unavoidable from farmers perspective but does contribute to the problem of climate change and pollution. Here are the spots where stubble burning is happening in Punjab captured by the satellite mapped on our Samaajdata platform. 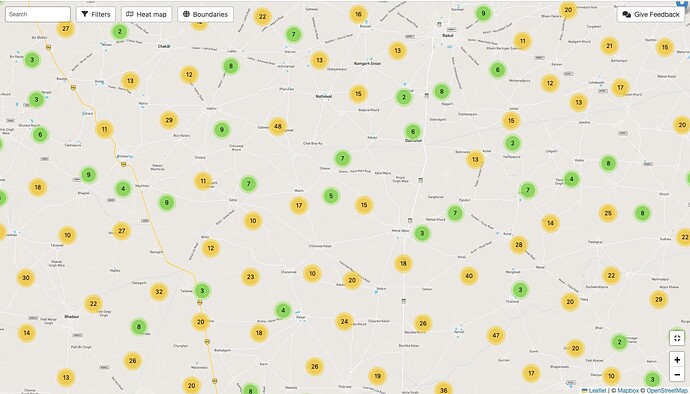 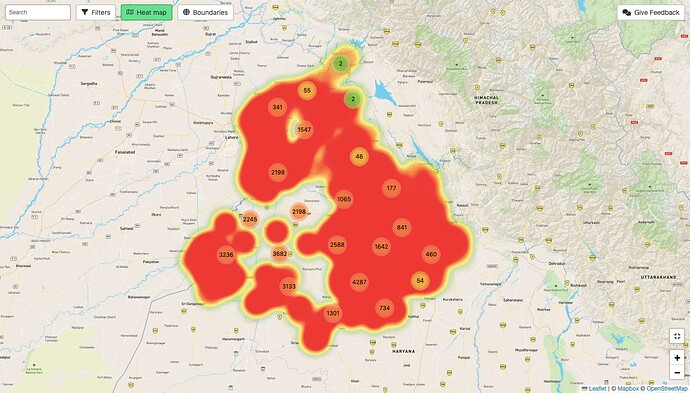 If you are new to stubble burning: Stubble burning is a process of setting on fire the straw stubble, left after the harvesting of grains, like paddy, wheat, etc. It is usually required in areas that use the combined harvesting method which leaves crop residue behind.

The process of burning farm residue is one of the major causes of air pollution in parts of north India, deteriorating the air quality.

What is Stubble, and Why Is it Burnt?

Stubble is the straw residue left after harvesting paddy, wheat, and some other grain crops. It remains on the field and takes a long time to decompose. Stubble makes it difficult to plant seeds for the next crop and disturbs the growing cycle.

Moreover, it is not edible for humans and is a poor source of fodder for animals. Stubble has other uses as well, but they are expensive and most farmers can’t afford them. Thus, stubble is a nuisance for farmers, and the only viable option left for them is to burn it.

Problems Created
Stubble burning has several harmful effects on the environment. It produces toxic gases that not only make it difficult to breathe for nearby residents but also significantly contribute to global warming.

There is also the risk of fire spreading out of control during stubble burning. Many farmers have even lost their lives to it.

Call to action
From the environment and pollution point of view the stubble burning should be stopped infact it should be banned. However, there should be effective and farmer friendly solutions that makes the life of farmers easy in cultivating crops.

What do you think the government should propose and/or farmers should do to avoid stubble burning? Let us discuss and see what we come up as a problem solvers community.

There has been a discussion regarding this issue on Linkedin post. We are getting some good insights. Documenting them below so it can act as a space for interest citizens to learn, do and share.

2. Need to move from Intervention to Responses: No silver bullets. There’s a whole chain of problems, starting with why a non rice eating region is even growing that much rice! Then there’s it’s use as a bio input for the soil, then the selection of seeds, esp as climate change hits. Also the opportunity to process into various things with good economic value. A swiss army knife of options and pushes changes things at scale, with various folks trying various things out. Primarily, in all problem solving, need to move from intervention to responses - shared by Sameer Shisodia

***3. Stubble as an environment for growing mushrooms: *** One of the approach is around taking the stubble and turning into an environment for mushrooms, the others was turning the products into other consumer products. The biggest issue seemed to be how they could get the machine to the farmers to process the stubble AND overcoming the idea that burning regenerates the soil. I really liked the idea of creating mushrooms with the stubble and doing a revenue share with the farmers. This was shared by Kevin Sofen.

Note: This section will be update as we hear more from problem solvers.

Hardeep and Team saving 9500 acres of land from stubble burning:

Hardeep and Team conducted a campaign to not burn stubble in 35 villages under the Agricultural Heritage Mission. Under which they first searched for those farmers who used to manage straw properly. They shared their experiences with other farmers. Under this campaign, they started a round of meetings with farmers in the villages. 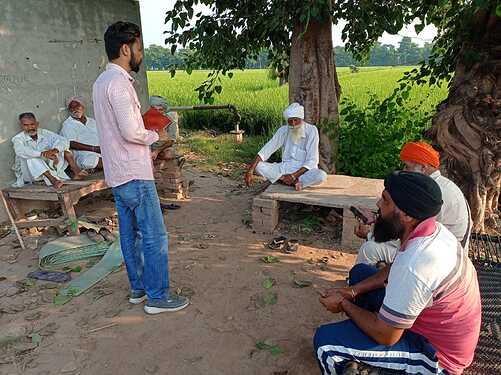 We have requested Hardeep to share his learning and what worked to change the mindset of farmers. Once we receive them will update the same here.

How did Hardeep saved 10500 acres of land from Stubble Burning:

Hardeep success is a great example of local problems need local solutions and local community. Hardeep along with his friends decided to take up the problem of stubble burning. While the problem is large in scale they wanted to start with few villages covering few thousand acres of farmland where stubble burning is common.

Here is how they did it: - as narrated by Hardeep.

This is a great example of even global problems need a local solution and community to support one another.

If you have any thoughts/ideas please do share here.

We Requested Hardeep to share in detail about the Mulching (Gyan technique):

Hardeep is kind enough to share the process involved we have documented it below:

Mulching: When the paddy is harvested, then the stubble which is left, in that the wheat seeds are sprinkled and then with a reaper, the leftover/stubble is threshered with the reaper keeping 4 inch of difference from the ground. Keeping in mind the level of threshed stubble is same all over the field. Put water after few days. The wheat grows well in some days.

One thing needs to keep in mind while doing so that it sometimes vary from soil to soil. It should be tested in smaller area before doing it in the whole field.