On 20 September, shared a success story related to ‘Park Clean Up’ offline event held at Dakshinpuri extension, Delhi which was followed by questions related to the reporting of unclean parks by citizens across Delhi (given below):

As a result, data of 80 parks was received which was further classified as per the 14 districts of Delhi on the basis of addresses shared by citizens.

After that Paryavaran Mitras decided to organise a PARK CLEAN UP DRIVE on Gandhi Jayanti as tribute to our beloved Bapu as he stressed upon citizen driven sanitation a lot and our aim is also similar to that. They were also given orientation regarding the requirements related to park clean up drive.

After conducting the drive, data was gathered about no. of people participated in the drive, no, of saplings planted and amount of garbage removed and it was shared with Paryavaran Mitras as “SAFALTA KI KAHANI of 9 PARKs CLEAN UP DRIVE: 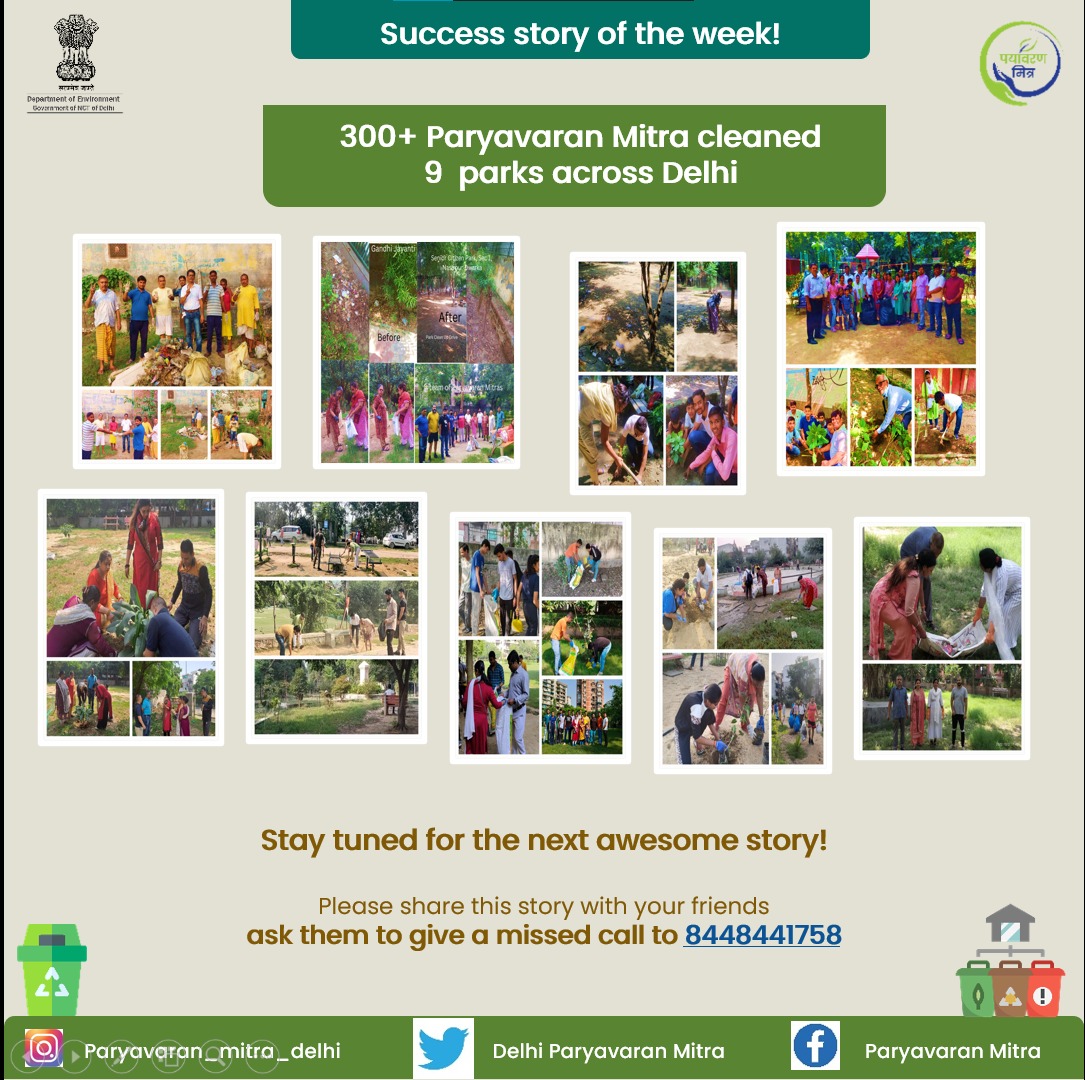 Want to know how to take small steps to make big changes at your home?

Then join our WhatsApp based action-oriented conversation by giving a missed call on 8448441758.