The first vaccination is administered on the 16th of January 2021 was like the light at the end of the tunnel (Hindustan Times). But this soon changed. BBMP chief Gaurav Gupta publicly admitted vaccine shortage in Bangalore, which has lead to the prioritisation of vaccine for people aged 45 years or older and only second does requirements. While States like Gujarat, Kerala have a fully functional vaccine program that has also started walk-in registrations for 18+. States like Karnataka have completely halted vaccination for 18+ in certain wards due to shortage. With the government aiming to vaccinate all eligible citizens by the end of November, there is a need to maximise vaccination efficiency and minimise wastage to reach the set target.

According to the BBMP Chief Commissioner Gaurav Gupta, Bangalore Urban receives an average of 40,000 - 50,000 doses of vaccine per day. Bangalore currently has 198 wards that are administering the vaccine to its citizens. To put things into perspective, this roughly means that each ward receives just 200-300 doses per day. To meet the growing demand and the essential need to vaccinate all its citizens, each ward must receive a minimum of 400-500 (Deccan Herald). Dr Arundathi Chandrashekar, director, National Health Mission, cited problems with the manufacturing of vaccine, the reason for the shortage.

On the other hand, states like Kerala and Andhra Pradesh were able to inoculate more citizens. What separated Kerala from the other states was that they were able to achieve zero wastage by implementing strict protocols such as dedicated storage and transportation facilities. Kerala CM Pinarayi Vijayan took to Twitter to talk about the success and attributed it to medical personnel squeezing out every last drop from vials to ensure zero wastage. Additionally, a new vial was opened only when there were ten people available. This was done as once a vial is opened, the doses had to be consumed within 4 hours.

Best practices from around India -

Vaccination hindrance in rural India can be associated with myths regarding the vaccine and limited digital literacy, access to smartphones. The online registration process can be the most significant limiting factor in rural India in regards to vaccination. In the case of Janefal, a village in Maharashtra roughly 230 kilometres from Mumbai with a population of approximately 9000. The village of Janefal achieved 100% vaccination with three months of vaccine literacy, trust-building and community mobilisation to reach the goal.

With people losing their jobs due to the pandemic and lockdown disrupting work for the unorganised sector - wage workers, footpath vendors, taxi and auto drivers, vaccination may be the last thing on their list. Although the government has announced various support packages for the underserved, the average cost of one dose of Covishield is Rs.850. To ensure mass inoculation, policy and schemes need to be targeted at free vaccine drives.

With BBMP planning ward-level war rooms to tackle to spread of the virus, these war rooms can aid with vaccine drives. With ward level data of infections, the government can plan where to focus more of its effort. Although this cannot be a government-only initiate, ties with community volunteers groups such as Whitfield rising can help mass vaccination/door to door vaccination.

With the onset of the pandemic in early March 2020, the Brihanmumbai Municipal Corporation (BMC) set upward level war rooms to tackle and curb the spread of the virus. The ward level war rooms helped manage and plan vaccine drives in the city of Mumbai. In addition to ward level management, a centralised vaccine warehouse where all vaccine was stored and dispensed upon need helped the city maximise vaccination.

Conclusion -
While nearing the end of the second wave, challenges faced over the last couple of months can be taken up to equip the state and its citizens to fight the virus. With scientists and doctors warming about the third wave, best practices from around India can minimize infections and vaccinate the mass to curb the spread of the virus.

The authors are students working with Reap Benefit and Project Statecraft. Views expressed are personal

A serious and ongoing vaccine shortage is hindering the city’s effort to inoculate its residents against Covid-19, a top municipal official has admitted. BBMP Chief Commissioner Gaurav Gupta said Bengaluru Urban receives between 40,000 to 50,000... 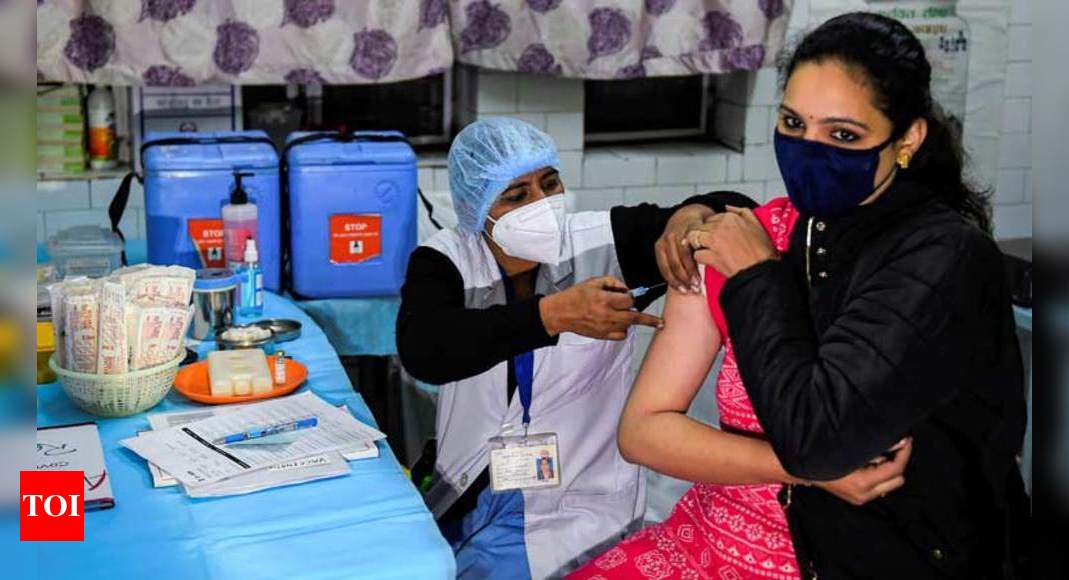 Covid Vaccination in Kerala: How the state got more out of its vaccine vials...

On May 1, central government data on Covid vaccine revealed that Kerala and Andhra Pradesh were the only two states that had actually consumed more va